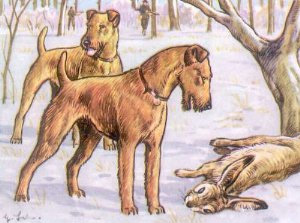 BRIEF HISTORICAL SUMMARY : Ireland has produced four Terrier breeds, all of which are markedly different from terriers on the continent and in England. The dog now officially called Irish Terrier is possibly the oldest of the Irish terrier breeds but records are so scarce that it would be difficult to prove this conclusively. Before the 1880s the colour of the Irish Terrier had not been settled. Apart from red they were sometimes black and tan and sometimes brindle. At the end of the 19th century efforts were made to breed out the black and tan and the brindles so that by the 20th century all Irish Terriers showed the red coat. The red coated Irish Terrier soon made its appearance on show benches in England and in the United States where it was enthusiastically received. 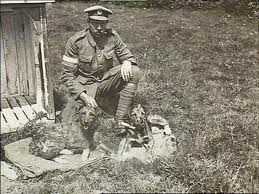 The Irish Terrier’s reputation was enhanced during the First World War when they were used as messenger dogs in the terrifying noise and confusion of trench warfare, thus proving both their intelligence and their fearlessness. The first breed club was set up in Dublin on March 31st 1879 and the Irish Terrier was the first member of the terrier group to be recognised by the English Kennel Club in the late 19th century as a native Irish Breed. 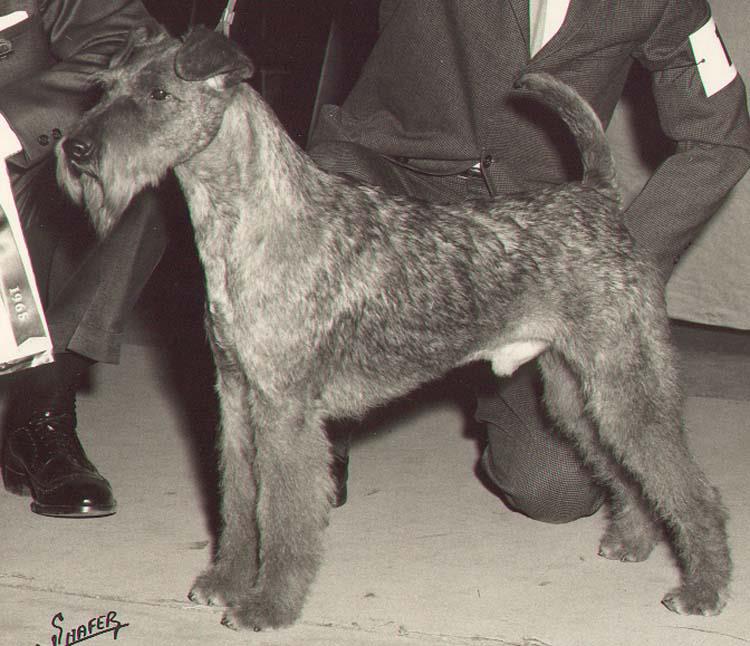 GENERAL APPEARANCE : The dog must present an active, lively, lithe and wiry appearance; lots of substance, at the same time free of clumsiness, as speed and endurance as well as power is very essential. The Irish Terrier must be neither “cloddy nor cobby” but should be framed on the “lines of speed” showing a graceful racy outline.

BEHAVIOUR / TEMPERAMENT : The Irish Terrier, while being game and capable of holding his own with other dogs, is remarkably loyal, 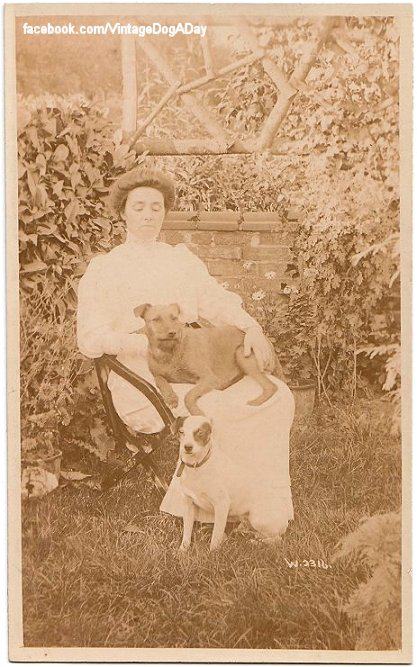 good tempered and affectionate with mankind, but once he is attacked, he has the courage of a lion and will fight to the bitter end.
The dog’s reputation for getting into scraps with others, sometimes even in the showring, is undeserved. Though the terrier may be fierce when the circumstances call for it, the Irish Terrier is easily trained and a gentle pet, living up to his early description as “the poor man’s sentinel, the farmer’s friend and the gentleman’s favourite”.

CRANIAL REGION
Skull : Flat and rather narrow between the ears, getting slightly narrower towards the eyes.
Stop : Hardly visible except in profile.

FACIAL REGION
Nose : Must be black.
Lips : Should be well fitting and externally almost black in colour.
Jaw : Must be strong and muscular, of good punishing length.
Teeth : Should be strong, level, free from canker and the top incisors slightly overlapping the lower.
Cheeks : Not too full. There should be a slight falling away below the eye so as not to have a Greyhound appearance.
Eyes : Should be dark in colour, small, not prominent and full of life, fire and intelligence. A yellow or light eye is most objectionable.
Ears : Small and V-shaped, of moderate thickness, set well on the head and dropping forward closely to the cheek. The top line of the folded ear should be well above the level of the head.
An ear hanging by the side of the head, like a hound’s, is not characteristic of the Terrier, while an ear which is semi-erect, is even more undesirable. The hair on the ear should be short and darker in colour than that on the body.


NECK : Should be of a fair length and gradually widening towards the shoulders, well carried and free from throatiness. There is generally a slight sort of frill visible at each side of the neck, running nearly to the ear.

BODY : Should be symmetrical, neither too long nor too short.
Back : Should be strong and straight, with no appearance of slackness behind the shoulders.
Loin : Muscular and very slightly arched. A bitch may be slightly longer in couplings than a dog.
Chest : Deep and muscular but neither full nor wide. Ribs fairly sprung, rather deep than round and well-ribbed back.

TAIL : Should be set on rather high, carried gaily but not over the back or curled. It should be of good strength and substance and fairly long. Customarily the tail is docked so that two-thirds of its original length remains. The tail should be well covered with rough hair and free from fringe or feather. Only a natural tail (undocked) is allowed in countries where docking is banned by law

LIMBS : Both fore and hind legs should be moved straight forward

HINDQUARTERS : Should be strong and muscular.
Thighs : Powerful.
Stifles : Moderately bent.
Hocks : Near ground
Feet : Should be strong, tolerably round and moderately small, toes arched and neither turned out nor in, black toenails most desirable. Pads sound and free from cracks or corny excrescence.

GAIT /MOVEMENT : Fore and hindlegs carried straight forward and parallel, elbows move parallel to the axis of the body, working free of sides, stifles neither turning in nor out.

HAIR : Should be dense and wiry in texture, having a broken appearance but still lying flat, the hairs growing so closely and strongly together that when parted with the fingers, the skin cannot be seen, free of softness and silkiness and not so long as to hide the outlines of the body, particularly in the hindquarters and free of lock or curl. Hair on face of same description as on body but short (about three-quarters of a centimetre long), almost smooth and straight, a slight beard is the only long hair (and it is only long in comparison with the rest) that is permissible and is characteristic. A “goats” beard is suggestive of there being silky and bad hair running through the coat generally
Legs : Free of feather and covered, like the head, with as hard a texture of coat as body but not so long.

COLOUR : Should be “whole coloured” being red, red-wheaten or yellow-red. White sometimes on the chest. A small amount of white is frequently to be seen in all self coloured breeds.


FAULTS : Any departure from the foregoing points should be considered a fault and the seriousness with which the fault should be regarded should be in exact proportion to its degree and its effect upon the health and welfare of the dog.


Aggresive or overly shy.
Nose : Any colour other than black.
Jaws : Decidedly undershot or overshot.
Colour : Any other than red, yellow red or red wheaten. A small patch of white on chest is permissible as in other whole-coloured breeds.
Feet : Corny excrescence or cracks on pads.

Any dog clearly showing physical or behavioural abnormalities shall be disqualified.